Rent a Unreal Tournament server. With Covid in the air, some of us have to be more careful about our expenditures. But, that won’t stop us from finding the best deal and keeping in play. No matter who you are or where you’re from, playing Unreal Tournament has become part of your life for now. We’ll help you find the best deal on a Game Server and make sure you get the features you need. Our free Unreal Tournament Server Comparison Chart was created by our renowned game server expert team and takes into account not only slot prices but also other features such as mod support, hardware quality, DDoS protection, and contract duration. If you’re ready to play Unreal Tournament, we’re here to help. Check out the chart, pick what you demand in a server and let’s get the show on the road.

The Best Unreal Tournament game server Hosting in the World:

Your new Unreal Tournament Game Server is ready to play after just a few minutes. One thing about a discounted game server at Test Winner is, you can switch between the games offered with ease. There’s a price-per-slot comparison and you get RAM and slots updated for free. Just plan on playing the new game with your friends after a few short clicks. In addition, every few minutes there’ll be a search for current updates for the Unreal Tournament, if a new update for Unreal Tournament is available, you will be informed via our free web interface. With this web interface, you can update your game server in moments. Make your choice for a discounted game server continue with confidence. You are sure to find the best Unreal Tournament Game Servers quickly and easily at GameserverCheck24. If you’re ready, do it now and rent an excellent game server now at an amazing discounted price.

Where can I find the right Unreal Tournament Game Server for me?

How much could an Unreal Tournament Server cost per month?

This Unreal Tournament Server cost is ruled by several factors, but they boil down to 2 main choices: The Host and your Configuration. Choose wisely, we’ll walk you through it. Beyond the basics like Ram, Database and Branding, select the number of slots, server type (clan or public), FastDownload, and the rental time period. You can probably expect your Game Server Hosts to offer you a ‘runtime discount’. This is great because it will save you an extra 20% per month sometimes with certain Providers. Whether you will play the game over a longer period of time or a shorter period of time will matter. For the best price, you should plan on renting the server for 3 to 6 months.

How long do I have to rent a Unreal Tournament server the first time?

With almost all game server hosting providers, the duration is usually at least 30 days. But an additional detail is that the longer you rent a server, the cheaper it’s gonna be. You’ll get a monthly discount of up to 25% and maybe more. So, if you’re clever about this, you can put together the monthly discounts and combine them with other vouchers and discounts. Do this especially if you like to play a lot in a clan or with friends, you can save lots. But here’s something that is really important to remember when you sign up: these game server hosting providers only like to offer these vouchers and discounts to bring in new customers. You should choose the longest possible rental period this first time you rent an Unreal Tournament Server. Save now while you can.

Is my Unreal Tournament Server 24/7 online?

No matter which hosting provider you select, your Unreal Tournament server and your Unreal Tournament game world will always be online and at your service. So, switch off your gaming console or computer and don’t worry about it. Even if there are no players on your server, it will be on standby for you. You can tell your friends and clan members and other players that they can access your Unreal Tournament Gameserver any time they want. Of course, it’s still up to you as the renter of the server. You have total control over the server at all times.

Can I choose a different game later on my Unreal Tournament game server?

Yes, often, a game change is quite possible at every game server hosts no matter which one you go with. It will depend on the provider exactly how this goes down. It could be free or you might need to pay a small fee. This fee could be just one time. In this case, the hosting company will modify the Ram amount or the slot count while changing the game. It gives you some flexibility because it could be that you have (after the change of the game) more or fewer slots or more or less RAM after the switch. Keep in mind that it doesn’t help if you pick an inexpensive game and then later switch to an expensive one to save a little money. It might just work against you. The better choice is to choose our test winner and be confident that you got an excellent value for your money right now.

The best pictures of Unreal Tournament: 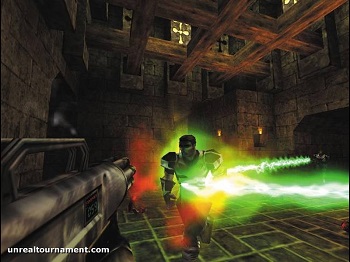 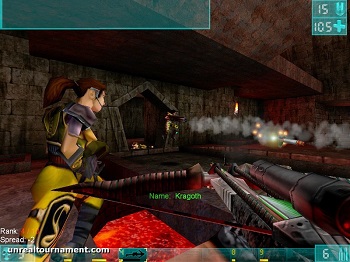 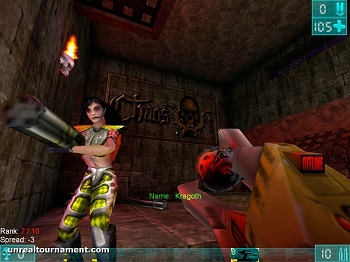 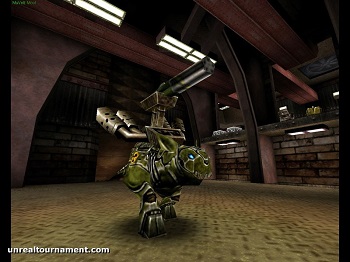