Best Unreal Tournament 2004 Server Hosting Providers. Choices, choices. Should I pick this one or that one? These guys say they’re the best. Of course they do. It’s their own company. If you need an objective source of information, you’re at the right place. We represent dozens of companies that provide Game servers for Unreal Tournament 2004. We’ve already picked the best choices. It’s up to you to pick the one that’s best for your specific needs. We’ve spent years analyzing, watching, testing and appraising. Benefit from our experience for free. No obligation, No BS. Just the facts and numbers and info you need to make the right choice. Go ahead and check it out. Then start playing right away.

Check it Out! The Best Unreal Tournament 2004 Game Server Hosting in the World:

You’re going to be playing on your new Unreal Tournament 2004 Game Server in a few short minutes. One cool thing about our inexpensive game server at Test Winner is this: you can switch between the games offered easily. Check out the price per slot comparison and you also get RAM and slots updated at no extra cost. Free! Play the new game with your friends – or enemies – after a quick setup. Then every few minutes we’ll search for Unreal Tournament 2004 updates and if a new update for Unreal Tournament 2004 is available, we will let you know right away. With our free web interface, you can update your game server and get back top the game with just a few clicks. We’ll convince you when you see the unique offer that you’ve made the right choice. Zero in on the best Unreal Tournament 2004 Game Servers here at GameserverCheck24. There’s no need to wait when you can rent an excellent and inexpensive game server right now.

How can we find the best Game Server for Unreal Tournament 2004?

How much does an Unreal Tournament 2004 Server usually cost per month?

Great question. It boils down to the Provider and your chosen options. The server configuration you choose will matter to some degree. Think about the number of slots, and the rental period. Also, RAM, FastDownload and server type (clan or public) will matter. Finally, the MySQL database and branding can count. Don’t forget about the possible discount you can get each month. It can reach up to 20% or even more, so keep an eye out for that. Be sure to consider the rental period: How many months will you want to play for? For the best price, you should rent the server for at least 3 to 6 months.

How long will I have to rent a server to play Unreal Tournament 2004?

It’s a common rule that the hosting providers need a minimum of at least 30 days. However, it is more important to understand that the longer you rent a server, the better monthly price you’ll get. Savings of 15% to 25% and more can be possible. If you work the system, you can mix and match runtime discounts with other deals and vouchers. If you plan to play a lot with friends or in a clan, plan on saving more. Here’s the caveat: These special super deals are almost always good for the first time only. So, take advantage of the special deals and long term discounts now because they may not be available later when you are ready to renew your Unreal Tournament 2004 Server.

Can I count on my Unreal Tournament 2004 Server being online all the time?

Is it possible to change the game from my Unreal Tournament 2004 game server?

In most cases a change of your chosen game is possible at all of the game server hosting companies. The game change will most likely be free or you could be charged a one time fee based upon your provider. These providers will change the Ram volume or slot count at the same time you change the game. As a result, it could be that you – after the change of the game – could have more or fewer slots or more or less RAM. For your best deal, it can’t help to rent a low-priced game and then switch over to another one to save yourself some money. It’s much better to go with our test winner ensuring you get a great deal right from the start.

The best pictures of Unreal Tournament 2004: 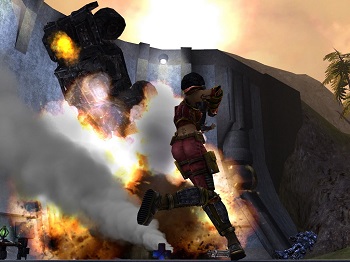 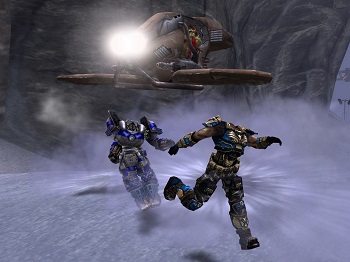 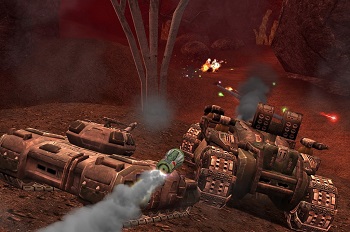 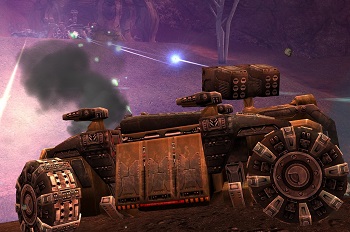